The Story of Koloa: A Kauai Plantation Town – softcover 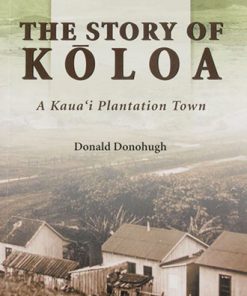 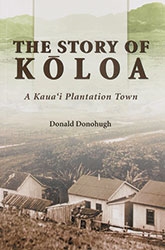 A detailed history of a plantation town based on both oral and written histories written by a long time resident. Much of Kauai’s history impacted Koloa.

A tiny town on the south shore of Kauai, Koloa has played a monumental role in Hawaii’s history. The first Hawaiians to encounter Westerners paddled out to meet Captain Cook’s ships in canoes launched from the shores of Koloa. With this encounter, the written history of the Hawaiian Islands was born. Yet the story of Koloa began thousands of years earlier, with the volcanic creation of Kauai, and later, the arrival of the first Hawaiians. Missionaries arrived in Koloa in 1835, the same year the first sugar plantation in the Islands were built there. During the next century, plantation workers from around the world were brought to Koloa, many settling in the area to raise families. The face of this small Kauai town was forever changed.

At the twilight of their lives, many Koloa kupuna, or elders, have passed their stories of early Kauai on to their children and grandchildren, who, in turn, have generously shared these precious fragments of history in this book. The Story of Koloa combines these oral histories with early written accounts—including diaries and personal letters—by the first sailors, missionaries, and plantation workers to visit Koloa centuries ago. Through their voices and recollections, the significant history of this tiny plantation town is brought to life.