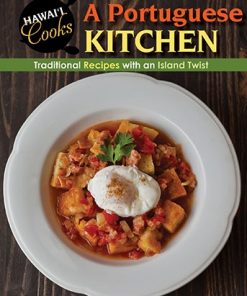 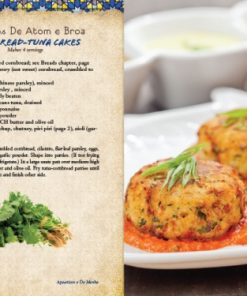 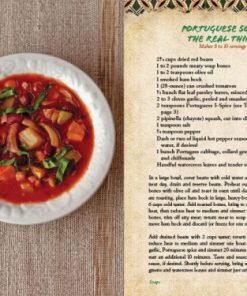 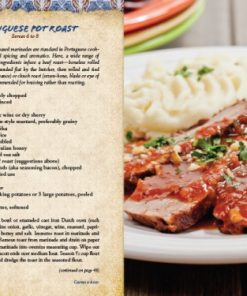 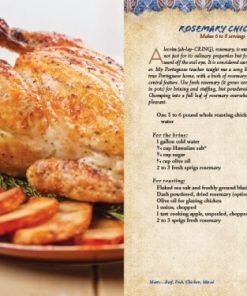 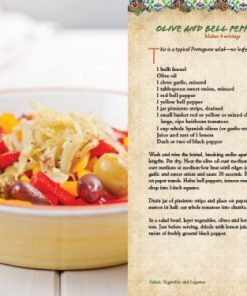 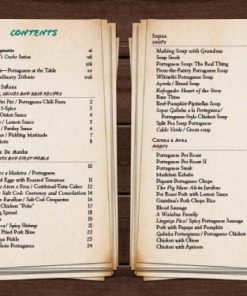 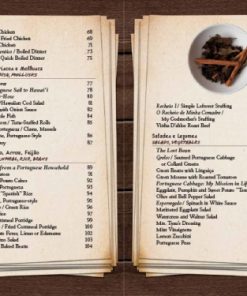 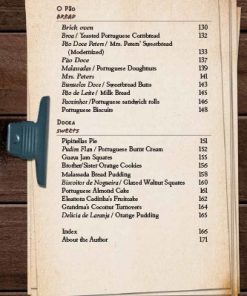 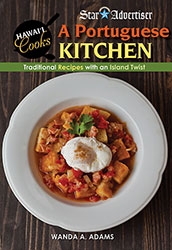 A Portuguese Kitchen: Traditional Recipes with an Island Twist explores Hawai?i?s Portuguese cooking starting with the familiar favorites like soups and breads, on to basic traditional dishes and special festive recipes.

Hawai‘i’s Portuguese settlers, who followed the Chinese and Japanese coming to Hawai‘i to work on the sugar plantations, were actually from the islands of Madeira and the Azores in the Atlantic. Compared to these and later arriving ethnic groups, Portuguese foodways were little known outside of their communities. Portuguese cooking was mainly enjoyed in homes, with only isolated instances of eateries and restaurants where this hearty cuisine could be shared and sampled. If you have never been to a Portuguese family gathering, you’ve missed out. Until now.

A Portuguese Kitchen: Traditional Recipes with an Island Twist explores Hawai‘i’s Portuguese cooking starting with the familiar favorites like soups and breads, on to basic traditional dishes and special festive recipes. The collection incorporates the initial simple resourceful diet of major proteins and greens grown in backyard gardens and shows adaptation to locally available ingredients.

Third-generation food writer and historian, Wanda Adams, has gathered from family, neighbors, and friends this collection of treasured, handed-down recipes (many now so scarce as to be unknown) that revive those sprawling kitchen tables ringed by large, loving families—stern fathers, industrious mothers, and children who rose before dawn to light the beloved forno (oven). And using interviews with first- and second-generation elders, Wanda also takes us into her Portuguese heritage with talk story vignettes.

If you are of Portuguese descent, these recipes will bring back fond family memories. They will also surprise the old timers who thought they may have been lost. If you are not Portuguese, here is a good chance to finally learn about this previously little known island cuisine. And if you are just inquisitive, here you have a comprehensive guide to this earthy, sumptuous, and tasty cuisine that has much more than hearty bean soups, sausage stews, and malasadas. Get ready to eat well.