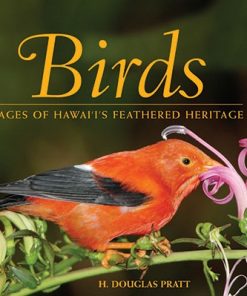 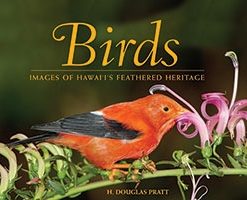 Like its people, Hawaii’s avifauna represents a heritage of successive immigration. The first birds to make the young volcanic islands their home were seabirds such as boobies, albatrosses, and terns. Eventually, migratory shorebirds and waterfowl that nest in the arctic began to spend their winters in Hawaii.

Later, as the islands matured and developed forest habitats, land and freshwater birds from North America, Asia, and Australasia became permanent residents. In the isolation of the mid-Pacific, these ancient colonists settled and evolved into new species unique to Hawaii. Birds: Images of Hawaii’s Feathered Heritage showcases 48 full-color images of Hawaii’s unique birds such as the Nene, Apapane, Palila, Pueo, Iwa and Elepaio.