A Pocket Guide to the Battle of Nuuanu 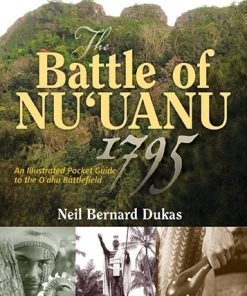 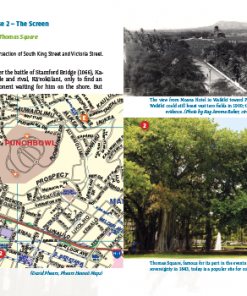 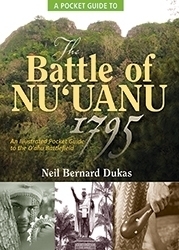 An illustrated pocket guide to the Oahu battlefield

Toward the end of April 1795, a great battle was fought on the Island of Oahu between the forces of Kalanikupule and Kamehameha. Named for the storied valley in which combined Oahu and allied forces made a valiant last stand against an invading army from Hawaii, the battle of Nuuanu was unquestionably a formative event in the history of these islands. No less, perhaps, in the historical development of this nation. If Nuuanu had not turned out as it did, Hawaii might never have been brought into permanent union and the archipelago advanced along very different lines. While urban sprawl encroaches much of the wider battlefield, after two hundred years it is still possible to walk the ground to a surprising degree and to watch the battle unfold in your mind’s eye—to see more or less as Kamehameha and Kalanikupule did. This convenient and profusely illustrated pocket guide to the Oahu battlefield includes maps, historical and contemporary photographs, suggested vantage points.